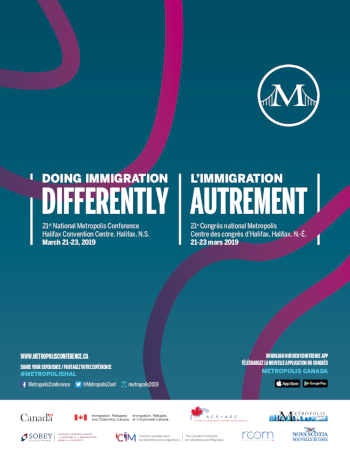 She is the daughter of Lebanese immigrants to Canada and the eldest of six children. Born in Nova Scotia, she was raised in Lebanon for 8 years, and returned to Halifax in the face of civil war at the age of 11.

Prior to entering politics, she led a successful legal career for over 20 years. Her educational background includes a Bachelor of Arts in Economics and Political Science, a Masters of Public Administration and a law degree. In 2018, she was appointed the Queen’s Counsel designation— the appointment is awarded to members of the legal profession to recognize exceptional merit and outstanding contributions to the legal community.

Ms. Diab has received numerous honours and accolades, including: the Lebanese Chamber of Commerce in NS Professional Award, the prestigious Queen Elizabeth II Diamond Jubilee Medal, the Progress Women of Excellence Award, and the Canadian Council of Ambassadors of the Arab League Award.

Mayor of the Halifax Regional Municipality

On October 15, 2016, Mike Savage was elected Mayor of Halifax Regional Municipality for a second term based on a platform of sustained progress in making the Halifax region a place where residents can live, belong and thrive.

Mayor Savage was first elected on October 20, 2012, running on a platform to make Halifax the most liveable, entrepreneurial and inclusive city in the country; principles that continue to shape his work at City Hall and in the community.

In October 2015, he was selected by his counterparts from across the country to co-chair the Federation of Canadian Municipalities’ Syrian refugee response task force. The role allowed him to draw on his long political experience to help draw cities together to share best practices in response to the Syrian refugee and resettlement.

Prior to his election as Mayor, Mr Savage served as Member of Parliament for Dartmouth-Cole Harbour from 2004 until 2011, during which time he played a national role as Official Opposition Critic for Human Resources, Social Development and Status of Persons with Disabilities.

The Role of Cities in Attracting and Settling Newcomers

Immigration has largely been a policy consideration at the national level. In Canada, it has increasingly been a responsibility shared by provinces. However, it is at the community level that newcomers are physically welcomed and integrated. As urbanization rates continue to increase globally, cities play a more and more important role on the frontline of the settlement process. Plenary speakers will offer insights on the role played by cities in immigration. The opportunities and barriers faced by cities in working with immigrants, refugees, and other newcomers will also be considered.

This plenary will identify and discuss the major challenges North America currently faces with regard to refugees and asylum seekers. Plenary speakers will look at how and why certain policies and practices have evolved in the continent in recent years. Panelists will look at the role the countries of the region play on the international stage around the admission of refugees. Speakers will suggest measures needed to enhance cooperation between countries when it comes to issues relating to refugees and asylum seekers, and/or propose policies that might ameliorate the conditions giving rise to ongoing refugee flows.

Shaping the story of Refugees and Immigrants in the News

Over the last decade, immigration has becoming increasingly politicized and the media has played a front and centre role in shaping the story of newcomers and their experiences in Canada. This plenary engages journalists, academics and service providers who work in the field and/or cover newcomer issues in the news. Plenary speakers will reflect on the shifts in popular discourse around asylum seekers, refugees, and openness to immigrants. Speakers will analyze the conflicting perceptions and misconceptions in today’s shifting political climates.

Immigration on the Margins

While an overwhelming majority of immigrants land in Canada’s three major cities, our country’s secondary cities and regions are experiencing population declines because of low birth rates, out-migration, and difficulty in attracting newcomers. This plenary examines immigration issues in secondary regions, looking at the Atlantic Immigration Pilot Program and other innovative measures to attract immigrants to communities outside of the biggest metropoles. Panelists will offer perspectives on new programs, demographics, and experiences from the government, academic and service providing sectors.

To register and for more information please click here

Canadian Museum of Immigration at Pier 21

Please join us for the 2019 Metropolis Welcoming Reception, hosted at Pier 21. This year’s reception will include a walk-through tour of the Canadian Museum of Immigration at Pier 21. This will be followed by a reception and the Canadian Race Relations Foundation’s (CRRF) annual Canada Lecture, featuring the inspiring entrepreneur and peacekeeping advocate Tareq Hadhad, founder of Peace by Chocolate. *Note: Bus transportation from the Halifax Convention Centre to Pier 21 will be available (one-way only).FREE EVENT – SPACE IS LIMITED TO 220 ATTENDEES – ONLINE REGISTRATION REQUIREDTo register.

A Gallery of Voices: Speaking Diversity Through Poetry

Hosted by the Mayor of Halifax, Mike Savage, this event honours the International Day for the Elimination of Racism. Join poets, Afua Cooper, El Jones and Raymond Sewell, from the African Nova Scotian and Mi’kmaq communities as they give voice to issues of racism, inclusion, and diversity. The event will include a reception, poetry readings from local diverse spoken word artists, and networking.FREE EVENT – SPACE IS LIMITED TO 100 ATTENDEES – ONLINE REGISTRATION REQUIREDTo register.

A Gallery of Voices: Speaking Diversity Through Poetry

A limited number of registration and subsidies are available for students from the Atlantic region. Click here to learn more.

Refunds less a $25.00 cancellation fee will be given for cancellations received in writing to metropolis@acs-aec.ca prior to February 18, 2019. Following this date, no refunds will be given.

UPDATE: The block of rooms at the special conference rate is now sold out. Rooms may still be available at a different rate – please contact the hotel directly at 1-800-943-6760 if you are interested in staying at this hotel. Hotel guestrooms are available at the conference rate of $147.00 per night. Book online to obtain the group rate for Metropolis Conference delegates (booking code ACSACSA) – or call 1-800-943-6760 to reserve a room (remember to mention that you are booking a room under the “Metropolis Conference” room block). The deadline to obtain the special conference rate is March 1, 2019. Limited rooms are available.